Lana Trotovšek and Tenebrae Choir with Bach’s Violin Partita No.2 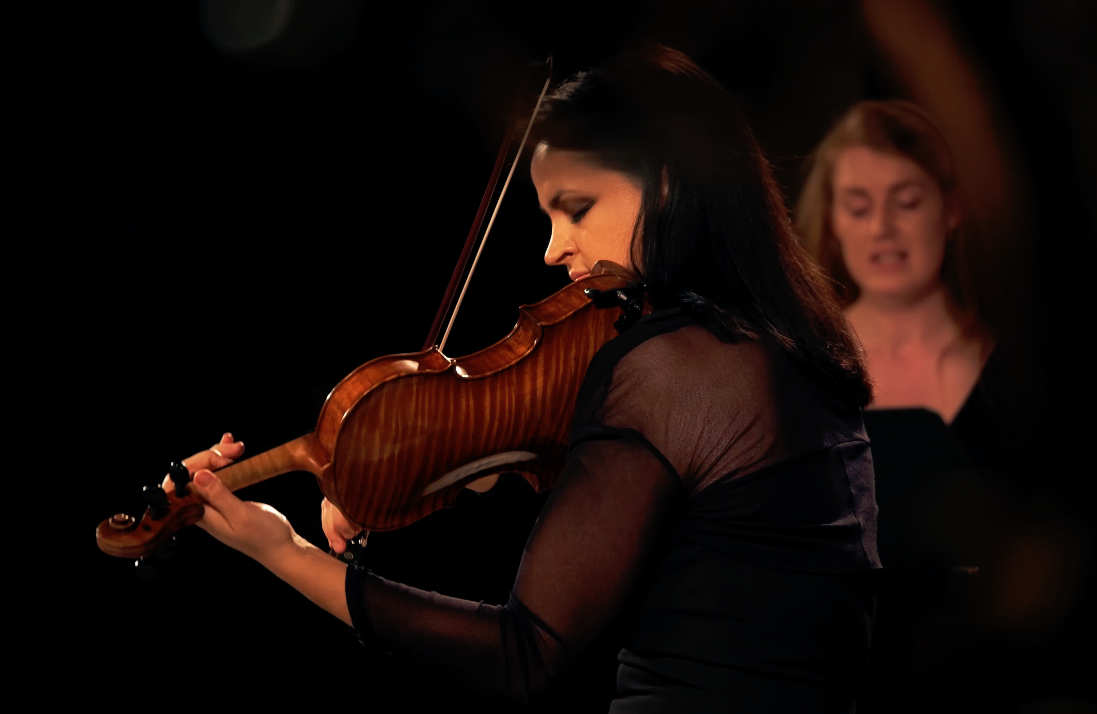 Lana performed Bach’s Violin Partita No.2 interspersed with chorale and joined in Chaconne by Associate Artists of the Tenebrae Choir at St John’s Smith Square for the online Holy Week Festival on 29th March. The performance was enthusiastically received by online audiences and reviewers.

The special arrangement of this Partita was suggested by the musicologist Helga Thoene who believed that the work is a tombeau for Bach’s first wife, Maria Barbara, who had died unexpectedly while Bach was away in Karlsbad.

The complete performance is available here

“From more than half a century of reviewing it would be difficult for me to recall anything more moving at this special time in the Christian church calendar than this Holy Week Festival presentation offered by St John’s, Smith Square… Lana Trotovsek was the violinist, her eloquent instrument so articulate (and so well-suited here), her security of multiple-stopping, her sense of rhythmic lift and her brooding inwardness perfectly suited to the changing moods of these hypnotic movements.
The pinnacle of this Partita is of course the mighty Chaconne, a vehicle for the virtuosity (and hopefully musical intellect) of the soloist. But there was far more to it here.
Trotovsek shared this virtual sacrament with Tenebrae, who contributed elegiac chorale melodies over the music’s figurations, and it worked so effectively.” by Christopher Morley, Midlands Music Reviews

” Trotovšek gave a richly textured performance of the Partita, the faster movements often vivid and slower ones like the ‘Sarabande’ full of melancholy and elegant rich tone. The performance flowed, though only occasionally did Trotovšek bring out the underlying dance rhythms. In the ‘Chaconne’ I was impressed with the performance on a number of levels, Trotovšek’s strong, passionate performance, the skill of the singers in being able to follow and shadow her when singing the chorales, and the way Trotovšek held focus even when the mind was tempted by the chorale melodies being sung.” by Robert Hughill, www.planethughill.com